Interesting and open minded article on how Project Controls can improve the delivery of government stimulus package during COVID-19 by, TBH Australia

Interesting and open minded article on how Project Controls can improve the delivery of government stimulus package during COVID-19 by, TBH Australia 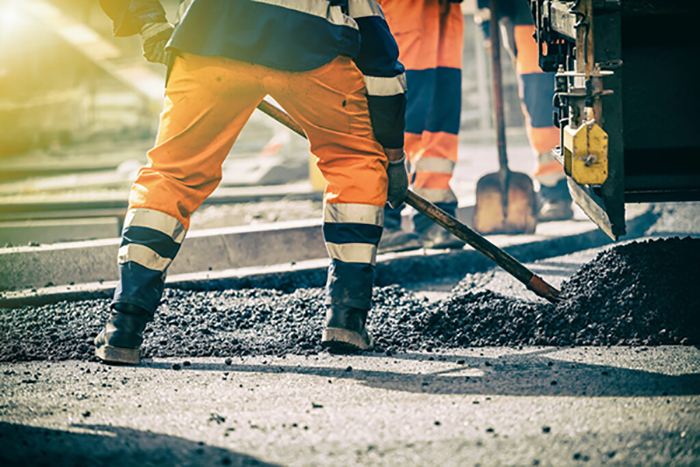 In response to the Global Financial Crisis (GFC) in 2007-2009, Australian governments released extensive stimulus packages
to upgrade education and social housing infrastructure, a move which successfully helped protect the country against a worldwide recession.

Fast-forward to March 2020. The global COVID-19 pandemic has hit and governments are injecting large amounts of stimulus funding across social and transport infrastructure to keep the economy moving. In this article we discuss how effective project controls can help improve visibility and accountability across projects to manage a diverse group of stakeholders – while still keeping an eye on cashflows, finances and capital reserves and addressing the need to ‘do something’ and do it fast.

Government stimulus during the GFC

In 2009, the government put in place a raft of stimulatory measures to get money out into the economy in the fastest way possible, but also in a way that would support future generations. Some of these projects included multi-purpose school halls, covered outdoor learning areas and social housing – projects that would provide short-term economic benefits – but had the added benefit of making a difference to Australia’s future.

From a delivery perspective, the challenge the government faced was making sure the money was going out quickly – but that it was also going to the right places and providing benefit to the nation. The project planning and control systems that TBH established for some state governments and service providers in 2009, generally ensured that a planning and control framework was adopted for assessing proposals, allowing money to be allocated and spent in an efficient, but accountable, manner.

The first of three key lessons learnt from the 2009 Jobs Stimulus was to make sure that all private sector delivery partners were aligned with and committed to the Stimulus objectives and outcomes. The second, and conversely, was that the accounting and reporting regimes did not stifle the fast-tracked delivery programs. The third, was the under estimation of the skills overhaul required to readapt the workforce to where the jobs were being created.

Stimulatory spending on the scale required in response to COVID-19 is a hugely challenging undertaking. In addition to identifying the right stimuli, a myriad of stakeholders and approvals need to be identified and effectively managed to just get to the ‘starting line’. Once the targets are agreed, it is then a real challenge to establish the systems required to spend money quickly, but also effectively. To achieve this control, you need to have in place a framework that allows end-to-end visibility of spending. Such a system will allow you to drill down to an individual project level and identify the essential deliverables. Most importantly, by breaking down the outcomes in this manner you are able to assign a clear ‘owner’ to each deliverable, who is responsible for delivering that outcome. This enables full accountability from a cost, time and quality perspective.

The need for project controls

The integrated project controls discipline that TBH is well regarded for across several industries are fundamentally built around this type of outcomes ownership breakdown methodology. Our learnings have been hard earned over 55 years as a result of typically very tight profit margins in the construction industry. Adoption of effective and efficient project control systems within the construction industry is essential with the tight margins – but is also a result of the need to resolve contractual disputes due to the high risks borne by the various stakeholders. If mistakes are made, it’s easy for thin profit margins to disappear.

TBH’s skills working on large-scale, complex and high-risk projects means that we’re able to rapidly establish a planning and control framework that provides quantifiable visibility of the work required and ownership for undertaking that work; how much that work should cost; and how long it should take. This is all captured in a control and feedback mechanism to highlight where deviations to the plan are occurring together with a prioritisation system, so that management know what needs to be resolved first for maximum effect.

The key skill is being able to establish a complete scope of work with an agreed budget and timeframe and assign ownership for the outcome of the agreed scope. This last piece is fundamental for driving accountability amongst the various stakeholders to stay in control across such a massive program of works.

TBH is currently applying these sorts of integrated project controls systems on a number of high-profile government projects across Australia, including the Sydney Light Rail, the Sydney Metro, New South Wales School Infrastructure Program; the Melbourne Metro and Melbourne Gateway Projects, as well as numerous education facilities, hospitals and defence assets across the country.

Certainly, the government’s adoption of the stimulatory spending on infrastructure is the most effective and rapid way to support the economy in the short run during the COVID-19 induced economic slowdown. This approach also provides longer term benefits to the community from the construction of assets that will serve future generations.

The key however, is to make sure that appropriate project planning and control systems are established to enable both visibility and accountability for government spending to define the key outcomes and minimise waste. It will also reduce headaches for those in government responsible for delivering the program and trying to stay in control of such a significant initiative. By adopting the lessons learnt from ‘construction grade’ project control systems, government stimulatory funds can flow quickly – but with the confidence that they will also be spent in the best long-term interests of all Australians.