How to fix a failed megaproject in 90 days

How to fix a failed megaproject in 90 days 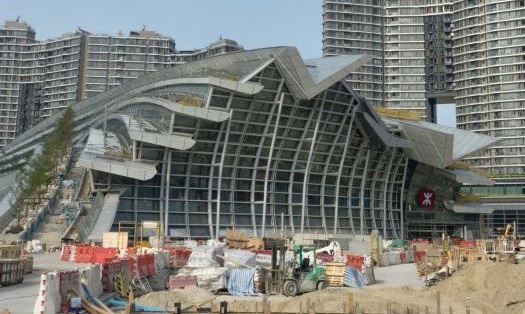 After years of construction delays and safety problems, the Berlin Brandenburg Airport (BER) will finally open its doors on 31 October 2020.

It will be nine years late and nearly £4 billion over budget. Locals have called the project a national embarrassment, as it took decades to complete and drained public money while damaging Germany’s reputation for engineering excellence.

How did such an ambitious idea turn into a colossal failure? As an expert on megaprojects - that is, large-scale, complex ventures in construction or engineering that cost billions if not trillions - I believe it boils down to two things: bad leadership and bad decisions. Instead of putting transportation experts in charge of BER, local politicians led the project, such as Berlin’s then-mayor Klaus Wowereit. And those leaders made poor decisions - such as changing the size and content of the airport while it was being built - which wreaked havoc on the project’s delivery, timeline and budget.

BER is hardly an isolated instance. Each year, we spend US$6-9 trillion globally (more than 8% of global GDP) on megaprojects such as railways, airports, bridges, wastewater projects and nuclear power plants. More than 99% of those projects fail to deliver on budget, on time and with their promised benefits.

Overcoming these failures is possible, however. My colleague Alex Budzier and I have successfully turned around many megaprojects that have lost their way.

One recent example is Hong Kong’s high-speed railway, Guangzhou-Shenzhen-Hong Kong Express Rail Link (XRL), which was three years behind schedule and billions over budget when we intervened in 2014. Working closely with the railway developer, MTR Corporation, we executed a systematic, three-step process to get the project back on track.

Here’s what we did and how our process works.

When a project fails, the first step is to analyse how its strategic and structural elements - such as processes, people, political pressures and incentives - have clashed in a way that compromises the project’s timeline or execution. Benchmarking is critical, as it provides a clear picture of where the project stands respective to similar projects. This comparison is often an unpleasant experience for project leaders, as it uncovers mistakes hidden below the surface.

In the case of Hong Kong’s high-speed railway, leaders at MTR attributed project setbacks to unexpectedly difficult ground conditions and flooding that damaged the tunnel-boring machine. The project had fallen into a vicious cycle of slipping, playing catch up, then slipping again. These setbacks brought more pressure and penalties, while the project’s goals looked less and less achievable.

However, we discovered the root causes of these problems went deeper. MTR had set unrealistic milestones and budgets due to its inexperience with the project’s size and scope. While the company had a 100% track record of delivering on time and budget, none of its past projects had been close to the scale and challenge of XRL.

Using the largest existing high-quality dataset on global project performance, we benchmarked XRL against other high-speed rail projects around the world. It quickly became evident that pressure and over-ambition had squeezed what should have been a six-year project into a four-year timeline.

The second step is to set a new completion date and budget that are achievable with 90% certainty. Leaders should also reconfigure their plans according to ‘inchstones’. Inchstones are goals for what must be done by whom and when on a daily or weekly basis to achieve more strategic and long-term milestones. If an inchstone is missed, project teams should know how to signal and escalate the problem to avoid delays or budget creep.

For the high-speed railway, forecasting the right timeline and budget required a scientific approach. Alex and I used reference class forecasting to compare data on hundreds of similar projects. We then statistically modelled the uncertainties, risks and likely outcomes of different strategies.

Reference class forecasting helped bring objectivity and precision to the budget, which was essential for raising the additional funds needed to complete the project in the wake of mounting public pressure. It also gave MTR the justification and confidence to set a new completion date in 2018 and stick to it.

In addition, it informed the inchstones critical to keeping the project on track. For example, when excavations slowed, MTR was able to intervene early. Essential specialists and resources, which were in short supply, could be reallocated between different work sites.

Step 3: Own the mistake

Admitting failure is never easy, but it is an essential step in the turnaround process. To restore trust among employees, suppliers, governments and the public, a project leader needs to acknowledge what went wrong, why it went wrong and what the team will do to fix it. They should first apologise for the mistake internally and then communicate it externally.

The leaders behind Hong Kong’s railway took this responsibility seriously. Hong Kong’s Secretary of State for Transport issued a public apology that offered reassurances about the railway project’s future. MTR also made personnel changes to rebuild faith in the organisation. A new CEO and new projects director oversaw the project's turnaround. The new leadership made significant changes to the governance, reporting policies and incentives of the project.

Finally, MTR took the critical step of recognising achievements in the process. We helped the company build a practice of celebrating progress against inchstones and recognising personal and team accomplishments. The iterative nature of the revised plan also improved transparency and encouraged regular dialogue with stakeholders.

From start to finish, it only took 90 days to get this derailed megaproject back on track. The reason it was so fast? The client got on board with this three-step process from the very beginning. They recognised the pitfalls in their initial plans. They took the process of developing inchstones seriously. They accepted that their original budget wasn’t feasible. And they had the courage to own their mistakes publicly. However, if you have a client who doesn’t accept this process, turning around a megaproject can take forever - many, many years - as we saw with BER. Don’t let this happen to you