Why Megaprojects systemically fail - and what can be done about it?

Why Megaprojects systemically fail - and what can be done about it? 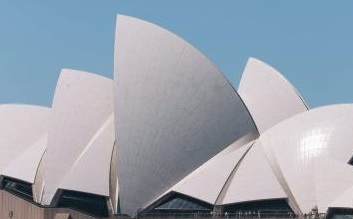 How large are megaprojects and how can we improve their propensity to over-run both in terms of time and money?

Capital project over-runs are one of life’s certainties. But what lies behind the repetitive media headlines of budget increases and delays with so-called ‘Megaprojects’ that are meant to deliver everything from our transport infrastructure to IT systems, defence solutions and even large-scale sporting events such as the Olympics?

In recent weeks, the subject of the UK’s HS2 high-speed rail project is back in the news for all the wrong – and seemingly familiar – reasons, namely escalating costs. We’ve been here before with other rail projects. Remember the Channel Tunnel farrago that cost the UK economy US$17.8 billion? But the problem isn’t uniquely British, in fact it is a consistent global phenomenon that megaprojects – considered to be those complex, large scale ventures with budgets in excess of US$1billion – almost always cost far more than ever anticipated and as often under-deliver by a number of key metrics, most eye-catchingly, the revenues that they promise to deliver.

Does the sheer size and complexity of megaprojects preordain failure? Or is there something else at play that connects the systemic failures of the Suez Canal construction to the Sydney Opera House or the development of Concorde?

The relevance of these questions is drawn into sharp focus by a study from a leading expert at Oxford University’s Saïd Business School that points to the emergence of the ‘tera’ project – those with budgets in excess of a trillion dollars. And not only is the quantum of projects increasing, but so are the number, with estimates of worldwide spending on megaprojects reaching somewhere between US$6 and US$8 trillion, or 8% of the total global gross domestic product every year.

With an increasing share of global GDP committed to seaports, large public ICT systems to digitise health, tax and pensions, wind farms and R&D infrastructure such as particle accelerators, the imperative to improve project management and reduce the propensity for cost over-runs and delays has never been greater.

Systemic failure often occurs at the commissioning stage of a megaproject. Rigorous cost/benefit appraisal is often absent and project rationale is often driven by a range of unchecked motivations. These frailties include the desire for a project to claim the accolade of being the first, the highest or the longest almost regardless of cost, the desire for politicians to build a ‘legacy’ or the commercial interests of stakeholders who stand to benefit from an involvement in the project delivery masking a more forensic assessment of likely costs and the project dividends.

Yet further problems materialise during the project lifecycle following commissioning. The long project durations leave plans open to changes to scope or budget. Megaprojects are by their nature often pioneering, at least locally, leading proponents to think they have limited opportunity to learn from other projects. High early-stage sunk costs create project lock-in and many case studies demonstrate a propensity towards ‘optimism bias.’ In summary, megaprojects are too easy to start and too difficult to stop.

Of a sample of 3,022 projects, 27% were on budget or better, 2.8% were on budget and on time, while only 0.2% of projects were on budget, on time and on benefits. Those are shocking numbers. Put plainly, they mean that the typical project is significantly more costly than expected, delivering significantly less dividend and at a much later date than scheduled. But help is on the way.

In 2011, the UK government set up the Major Projects Authority with a mandate to oversee all large scale publicly funded projects, an initiative that other governments are now beginning to replicate. Meantime, private capital is showing a growing interest in partnering with government on megaprojects, shifting risks from government to private capital, if contracts are done right. The legion of ‘failure’ case studies are informing better early stage ROI analysis and systemic issues such as optimism bias are progressively being written out of decision-making. Project ‘Get It Right’ has started.